Create team task lists to capture tasks that need to be completed by your staff. Any user working that day can complete the tasks or specific tasks can be assigned to a user.

Team task lists are for activities or duties that are completed collaboratively by the people working that day. To assign tasks to a shift, see Setting Up Shift Task Lists.

Team task lists can also be set up from a Computer or an Android device.

From the When I Work Staff Scheduling app, tap More in the bottom-right corner of the screen then tap Task Lists. 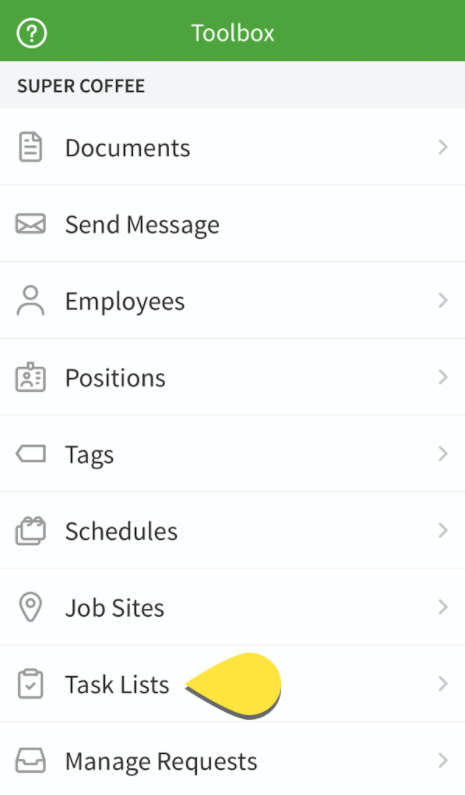 Set up a new team task list to group tasks that need to be completed on the assigned day/s. 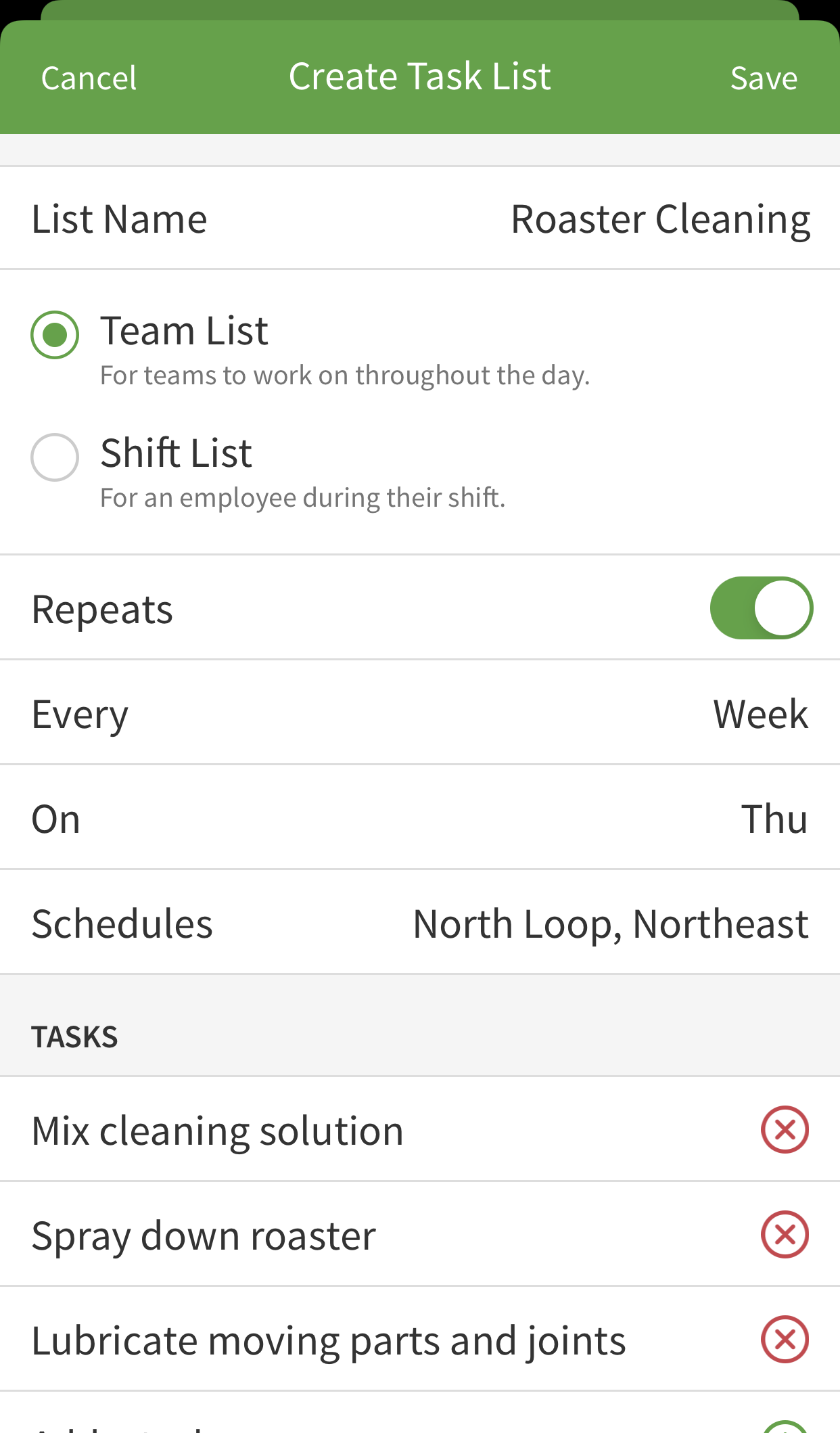 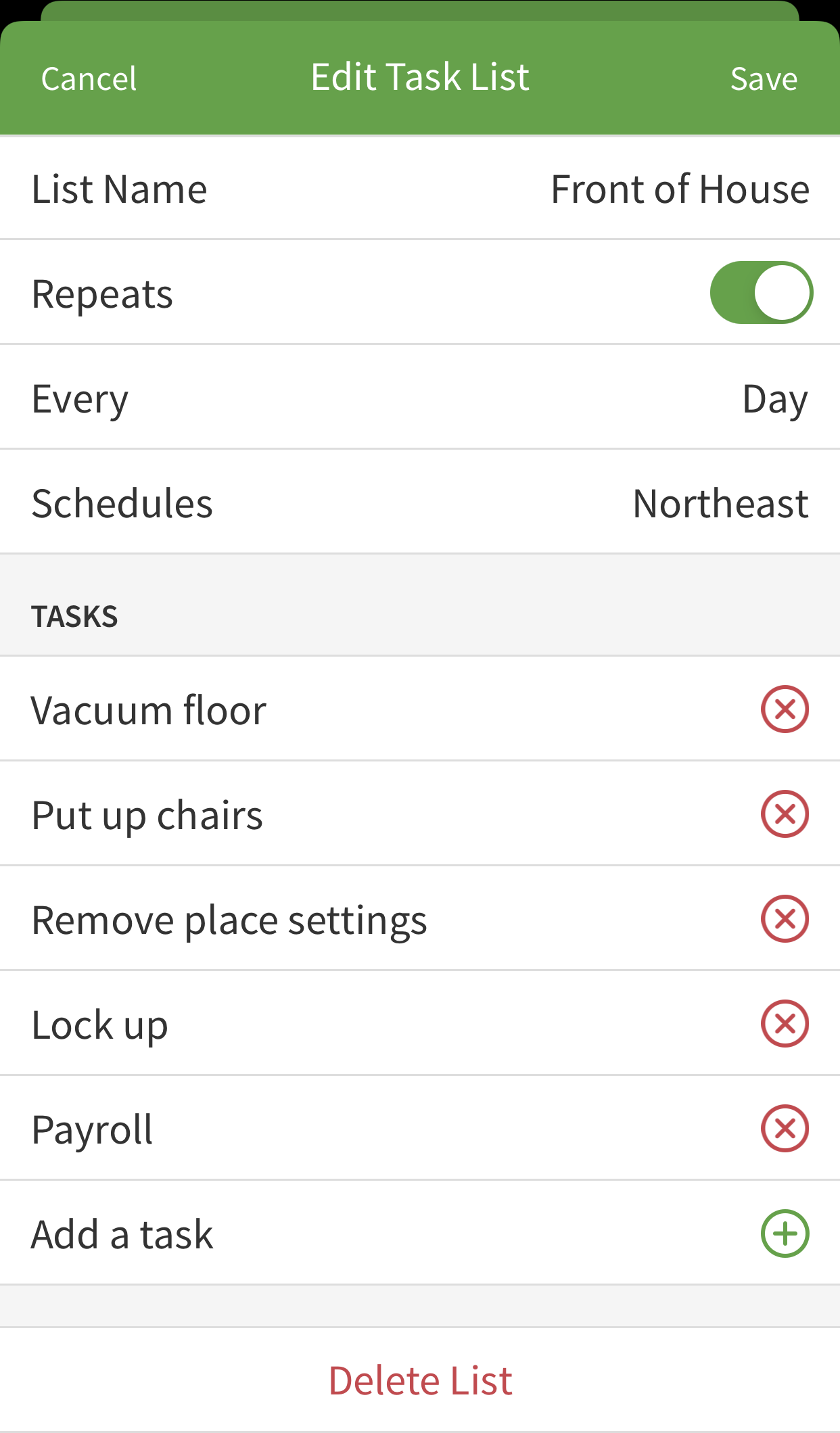 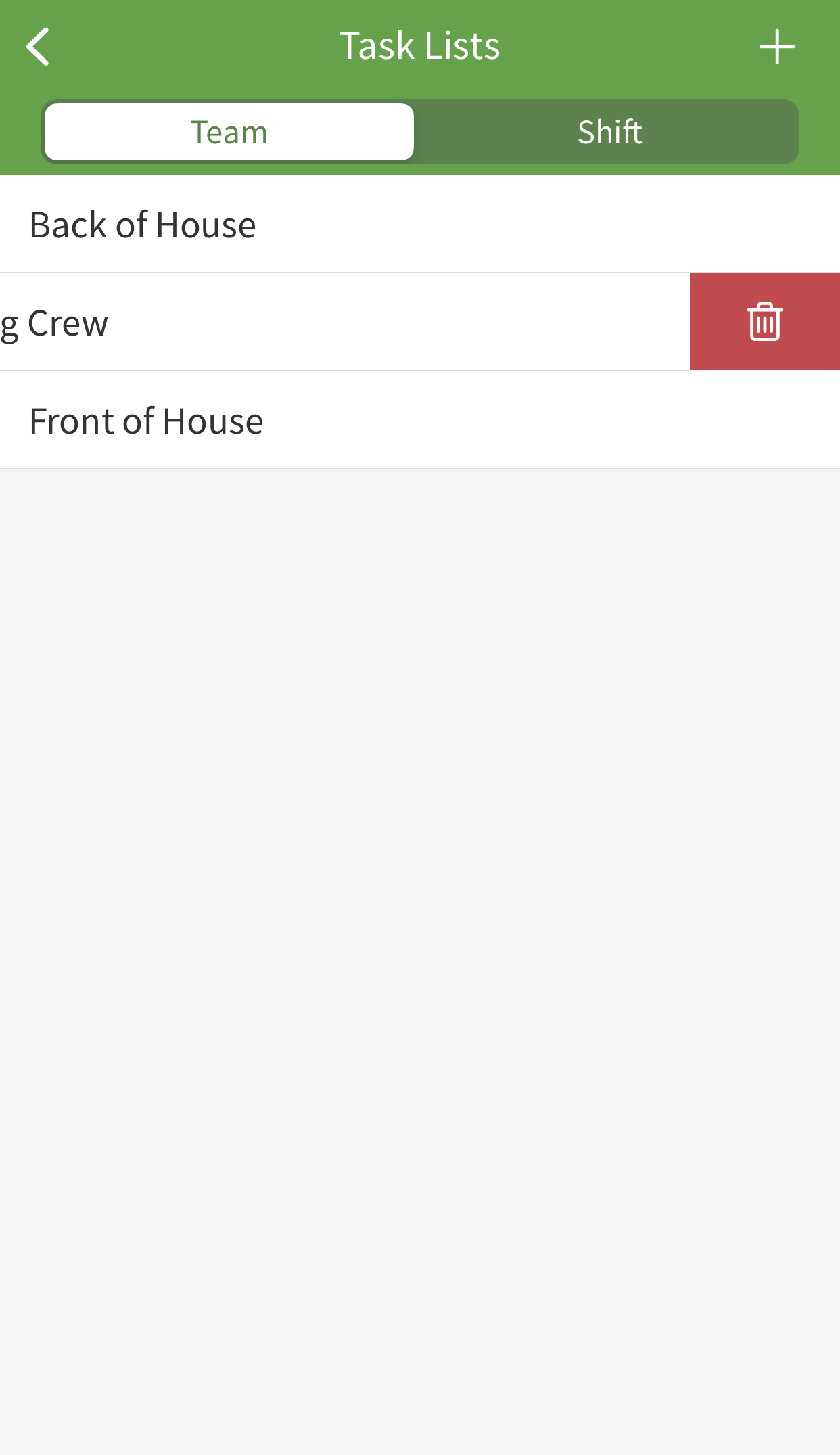