Create shift task lists to capture tasks that need to be completed during a particular shift. Shift task lists can be added on the scheduler to custom shifts and to shift templates.

You can also set up shift tasks from a Computer or iOS device.

From the When I Work Scheduling app, tap Menu button in the top-left corner of the screen then tap Task Lists.

Set up a new shift task list to group tasks that need to be completed on the assigned day/s. 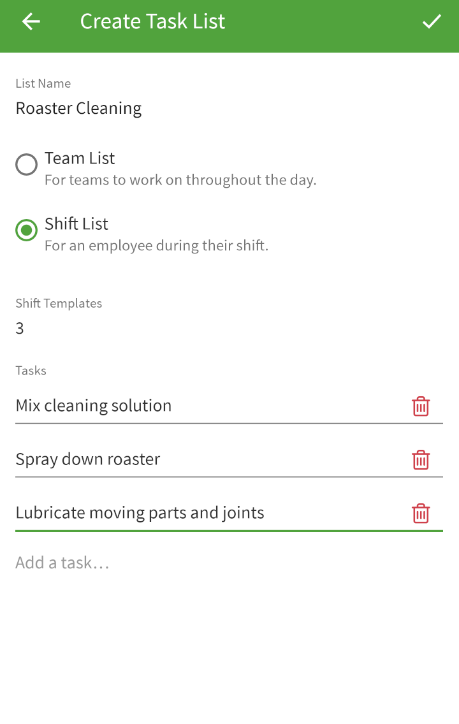 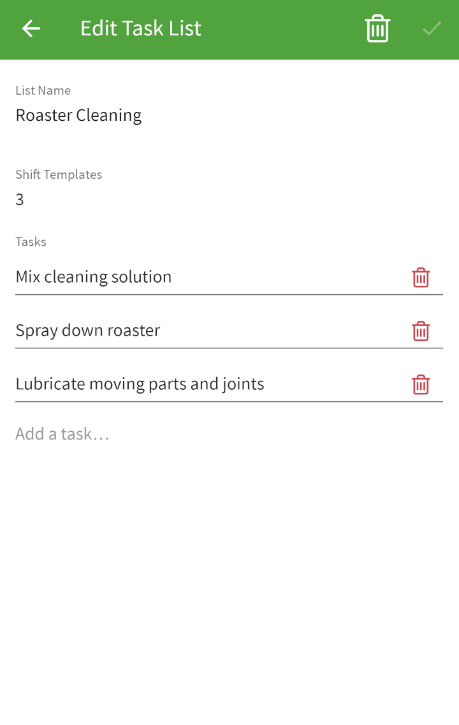 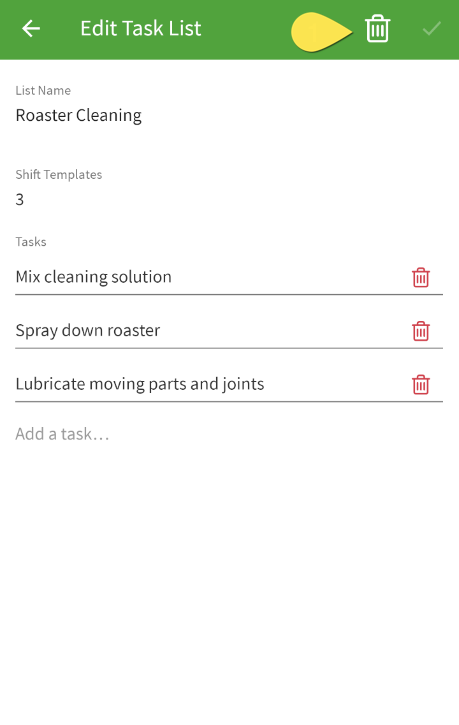